Eramet Marietta, which joined the Eramet group in 1999, is one of the few manganese alloys manufacturers currently in operation in the US. It is the only producer of refined ferro-manganese in the USA.

Eramet has 70 years of experience in manufacturing manganese alloys in the world. This knowledge base, developed over generations, is Eramet Marietta’s most important resource and asset. This expertise has also made the company a leader in smelting and refining manganese alloys.

Today, the refining process is an advanced, highly technological process that few other companies in the world can achieve. From the time an optimal mix of ore and coke is blended and sent to the furnace, and until the crucial refining process has been completed, precision and experience are essential. With the aid of an advanced control system, every stage of production is monitored in detail, and the laboratories take samples at regular intervals to test quality. 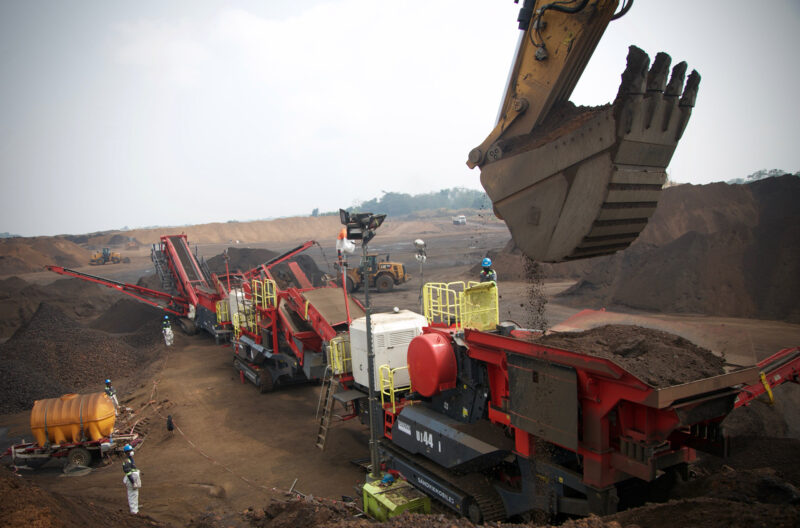 Manganese ore shipped from different sources in the world

Manganese ore is transported by sea to Marietta from various location over the world. One of them is in Comilog, Gabon, a subsidiary of Eramet. The ore is extracted in several places in the mine, and different quality grades from different areas of the mine are mixed to obtain the correct composition. At all stages, the focus is on delivering the right-quality product at the right time.

Once the ore reaches Marietta, the manganese enters the production process in the plant. The ore is stored and quality-assured before it is sent to the furnaces along with other raw materials such as coke and slag-forming ingredients. 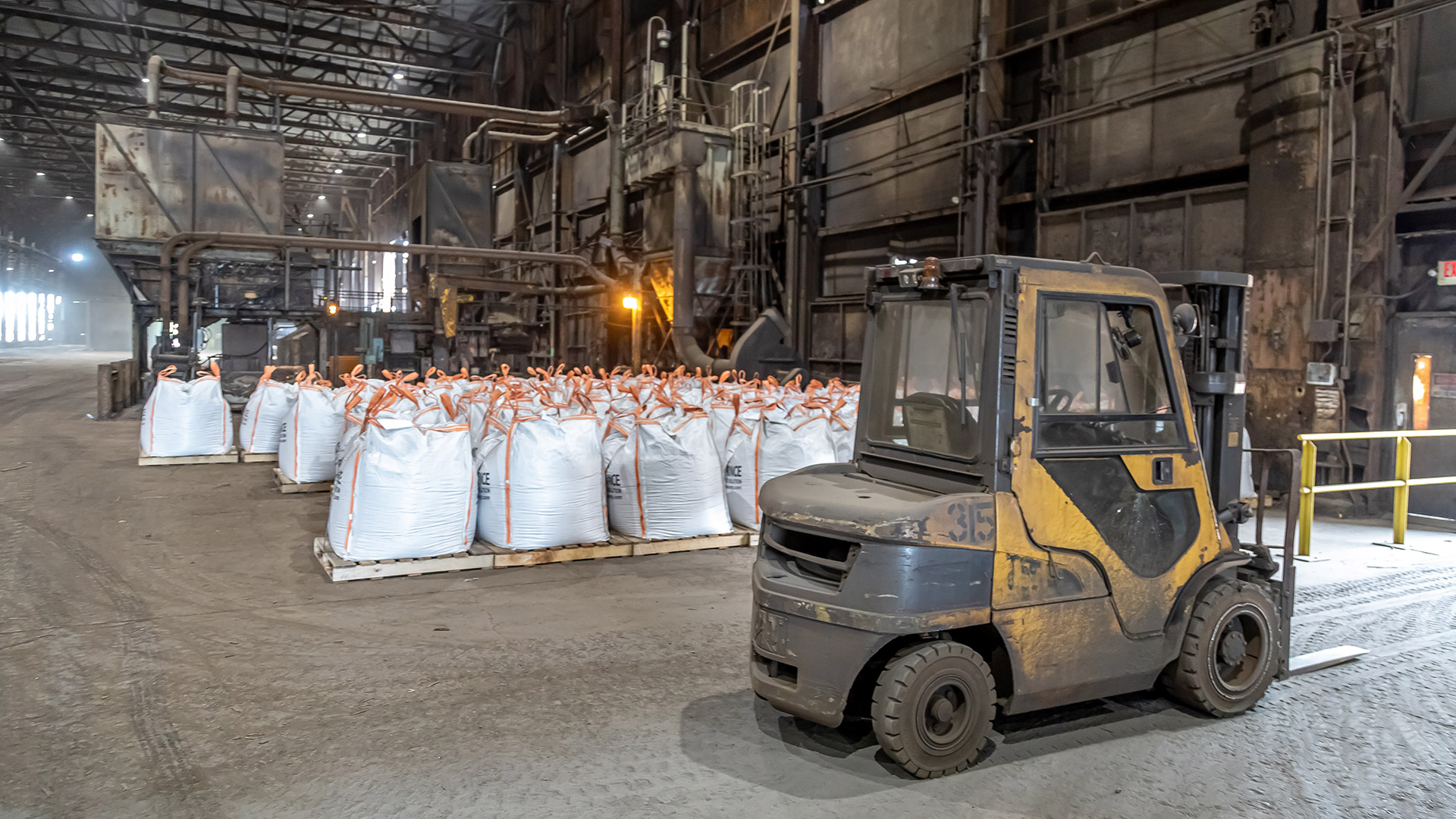 The products: Manganese – invisible to the naked eye, but indispensable

Manganese is a metallurgical element denoted by the chemical symbol Mn. Practically all manganese that is processed is used in steel production. Smaller amounts are used in cast iron and in aluminium, magnesium and copper alloys, and in special appliances.

Manganese is a metallic element belonging to Group 7 in the Periodic Table of Elements. Pure manganese is a steel-grey metal. It is hard, but at the same time so brittle that it can be pulverized. After iron, manganese is the most frequently occurring metal in the earth’s crust.

Ferromanganese (from ferro-, meaning iron): alloys which, in addition to iron, contain up to about 80 per cent manganese and carbon in amounts ranging from about 7 per cent down to 0.5 per cent.

Silicomanganese consists mainly of manganese (up to 70 per cent), silicon (up to 30 per cent), small amounts of carbon, and the remainder iron.

Ferromanganese and silicomanganese are used as alloys in steel production. In addition to being used as a refined alloy in steel, manganese alloys are also used to remove impurities by binding these and causing them to float to the surface of the molten steel for removal.

Page load link
Manage Cookie Consent
To provide the best experiences, we use technologies like cookies to store and/or access device information. Consenting to these technologies will allow us to process data such as browsing behavior or unique IDs on this site. Not consenting or withdrawing consent, may adversely affect certain features and functions.
Manage options Manage services Manage vendors Read more about these purposes
View preferences
{title} {title} {title}
Go to Top