Before manganese can be used in industrial applications, several steps must occur first. In part one of our three-part series on “Ground to Guardrail: Manganese Mining, Refining and Manufacturing,” we are going to look at how it is mined and mixed prior to refining and manufacturing.

Manganese ore is mined in Comilog’s mine, Gabon, Africa. Eramet has developed the first high grade manganese mine in the world. After it is carefully extracted from the earth, the ore is sent across the country via rail to the port of Owendo, where it is loaded onto ships bound for the United States.

Once in the United States, the ore travels by barge to the Eramet Marietta facility located on the Ohio River. Once the ore makes it to the plant, it is off-loaded and moved to Eramet Marietta’s Product Yard until ready for mixing. 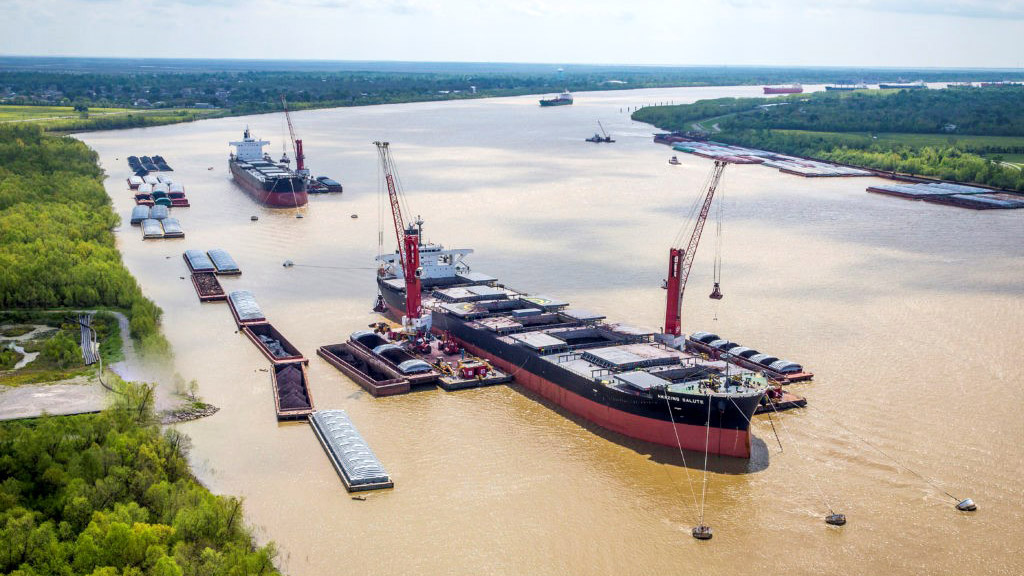 Once the manganese ore is ready for mixing and refining, it is sent to Eramet Marietta’s mix house, where production employees, working from a “recipe” carefully developed by metallurgical engineers, combine it with additional materials to create the manganese alloy product ordered by customers. Eramet Marietta makes two kinds of manganese: silicomanganese and refined ferromanganese, each of which is used in unique final applications.

Up next: it’s off to the furnace, then cooling and stacking. Click here for part two in our series as we journey with manganese from the “Ground to the Guardrail.”

Page load link
Manage Cookie Consent
To provide the best experiences, we use technologies like cookies to store and/or access device information. Consenting to these technologies will allow us to process data such as browsing behavior or unique IDs on this site. Not consenting or withdrawing consent, may adversely affect certain features and functions.
Manage options Manage services Manage vendors Read more about these purposes
View preferences
{title} {title} {title}
Go to Top